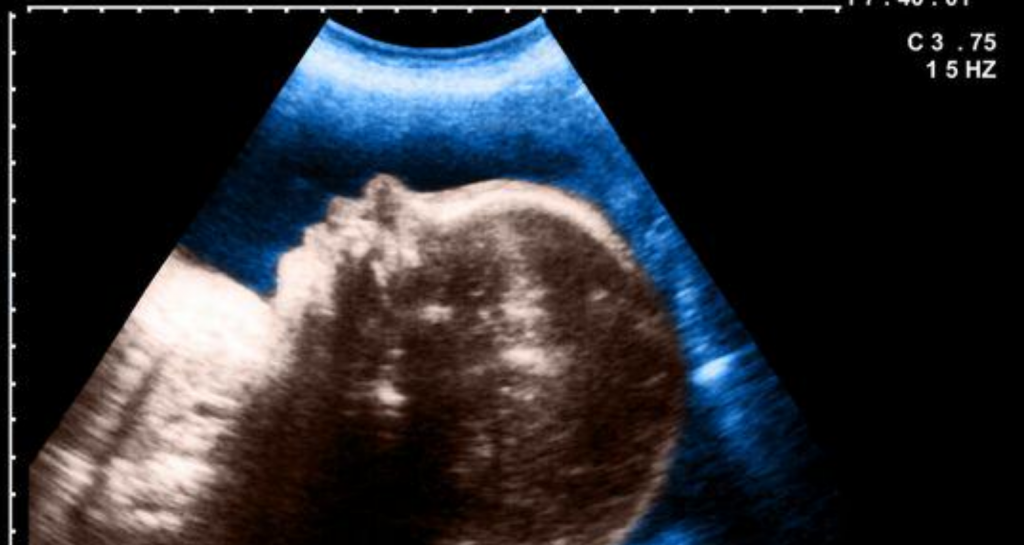 Since the 1970s, pregnant women have been repeatedly told that ultrasound is “just sound waves” and, therefore, “perfectly safe” for use during pregnancy.  Expectant mothers have been encouraged (and even pressured) by their care providers to undergo multiple ultrasound scans during pregnancy, as well as Doppler fetal heart monitoring, which is also based on ultrasound.  In some cases, mothers and their babies may be exposed to ultrasonic fetal heart monitors for hours or even days during hospital birth, yet this kind of extended exposure to ultrasound has been documented to cause fetal death.

What is important for people to understand is that ultrasound is not just sound waves.  In fact, it is non‑ionizing radiation, and many hundreds of studies have shown that this type of radiation is harmful.   Humans and other life forms are in danger from exposure to technologies that emit non-ionizing radiation such as cell phones, cordless phones, wifi routers, baby monitors, smart meters, etc.  The dangers from exposure to non-ionizing technologies are extremely well-documented and have been outlined in my recently released book, “The Dark Side of Prenatal Ultrasound and the Dangers of Non-Ionizing Radiation.”  Children of all ages, and especially developing babies in the womb, are at greatest risk, and can be seriously harmed from exposure to these technologies.

We can find ultrasound listed on the FDA’s website in a section entitled “Radiation‑Emitting Products.”  There we are told that “ultrasound… is based on non-ionizing radiation, so it does not have the same risks as X-rays…”  However, many dozens of studies have confirmed that ultrasound produces very similar biological damage to the damage caused by x-rays and other technologies that emit ionizing radiation.  For example, a study done in the early 1980s found that a single exposure to ultrasound produced DNA damage similar to that caused by 250 chest x-rays. DNA damage has been documented across multiple species and includes DNA fragmentation, DNA shearing, single and double stand breaks, chromosomal breaks and aberrations, and even the complete deactivation of genetic material.

DNA-damaged fetal cells can quickly replicate and multiply during cell division, leaving developing babies susceptible to mutated development, and/or cancerous tumors, leukemia, and other life-threatening illnesses over time. As with all forms of radiation damage, the effects of ultrasonic irradiation may not show up for several years, and herein lies the real danger of this technology.   Since an ultrasound beam can penetrate deep into the body without showing any signs of damage on the skin, the children who are exposed to this technology may appear normal at birth, yet the internal contents of their bodies have been cooked, scrambled, and severely disturbed by ultrasound, with potential damage to blood, brain, bones, reproductive organs, heart, and more.

Ultrasound scans, and especially doppler fetal heart monitors, have been shown to cause extremely high levels of heating which can lead to neurological defects, spina bifida, deformations in the head and brain, heart irregularities and defects, and more.  Ultrasound has been linked to fetal growth retardation in multiple studies, and this may, in part, be due to a restriction in bone growth caused by bone absorption of radiation heat.

Moreover, the medical establishment has known, since at least 1955, that ultrasound interferes with fertility.  It has deleterious effects on the menstrual cycle and can induce premature ovulation, problems with embryo implantation, and structural alterations in ovarian and testicular tissue.  The latter may be contributing to the rising rates of genital defects we are seing since the 1970s when ultrasound was mainstreamed in obstetrics.

Ultrasound has been documented to permanently halt sperm production and, in fact, the medical establishment is currently using ultrasound as a form of male contraception. Ultrasonic irradiation is being used to induce vasectomies since it can literally “cook” the vas deferens of adult males and thereby block the tubes that deliver sperm to the penis. Additionally, two 15‑minute blasts of ultrasound to the adult male scrotum ensures a minimum of six months infertility, and infertility can be permanent.  If infertility is temporary, the quality of new sperm is in question, since ultrasound can cause genetic defects in sperm and contribute to the myriad new or “de novo” genetic mutations we are seeing in children today, including children with autism.

But if ultrasound can stop sperm production and cook the reproductive organs of adult men, what we do we suppose is happening to our developing babies when they direct that beam at the genitals to discover the sex of the child?

Infertility is skyrocketing in the western world, with men now producing 60{07852e6e605eab5487b14855361b49717f1863b3cb5f40601bc93fc2480bbef1} less sperm than they did in 1975 (when ultrasound was introduced). Female fertility is also in steep decline and the U.S. is currently experiencing its lowest birth rate ever recorded since 1909 when the government first began tracking fertility.

Radiation exposure in utero is obviously playing a huge role in this terminal decline. Exposure to cell phones, cordless phones, baby monitors, wifi routers, etc., is also contributing to an existential fertility crisis, prompting British physicist, Barrie Trower, to predict that within 50-60 years, we are going to bear witness to a radiation-induced genetic disaster that will leave only one in eight children healthy.

Entire genetic bloodlines are at risk because of our radiation addiction, and we are not the only species that is being harmed. It is imperative that we acknowledge the danger of these radiation-emitting technologies and put an end to this madness NOW. Not only do we need to return to sane technology that will not endanger our lives, but we also need to say NO to harmful medical interventions like ultrasonography so that we can protect ourselves and our children from further harm.

Based on the book, The Dark Side of Prenatal Ultrasound and the Dangers of Non-Ionizing Radiation – Part 1, by Jeanice Barcelo available at www.BirthofaNewEarth.com or www.RadiationDangers.com.

Jeanice Barcelo is a medical researcher and activist and the author of “Birth Trauma and the Dark Side of Modern Medicine.”  To learn more about her work, please visit her website at www.BirthofaNewEarth.com