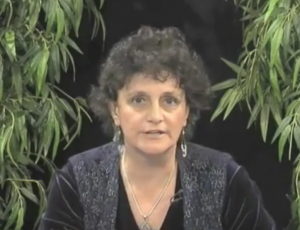 Jeanice Barcelo is an author, educator, researcher, and activist dedicated to exposing the dark side of the medical establishment. In her first book, “Birth Trauma and the Dark Side of Modern Medicine,” Jeanice offers a critical analysis of technological interventions during childbirth and exposes systematic abuse of mothers and infants during hospital birth. Jeanice argues that medical violence is deliberate and methodical and reveals a decades long agenda to alter Mankind by inflicting trauma on us at the earliest stages of our lives.

In her newly released second book, “The Dark Side of Prenatal Ultrasound and the Dangers of Non-Ionizing Radiation,” Jeanice offers a ground-breaking analysis of the documented facts concerning the dangers of prenatal ultrasound. Much of the information contained in the book has been previously kept hidden from the public. Despite the medical establishment repeating the mantra that ultrasound is “just sound waves” and therefore “perfectly safe” during pregnancy, in truth, ultrasound is based on non-ionizing radiation, and many thousands of studies have confirmed that this type of radiation is harmful, especially for children and developing babies in the womb.The book is groundbreaking in its scope and contains more than 1500 citations that confirm the severity of harm.

In addition to her work exposing the dangers of medical interference in the birth process, Jeanice has also lectured extensively on the topics relating to human sexuality and pornography.  She is the creator of a double DVD series entitled “Human Sexuality, Pornography, and the Attack on Human Love” in which she exposes a sinister agenda to socially engineer humanity through the manipulation of our sexual attitudes and behavior.  The DVD series reveals the mechanisms through which we and our children are being harmed.

Through her public appearances and television shows, Jeanice has lectured extensively on these and other topics and has created an important curriculum designed to put an end to the trauma and restore humanity’s capacity to love.   She offers a 20-week parenting program to help people prepare for conscious conception and birth as well as courses designed especially for men.

To learn more about Jeanice and her work, please visit the many pages of this website or visit Jeanice’s other website: www.RadiationDangers.com