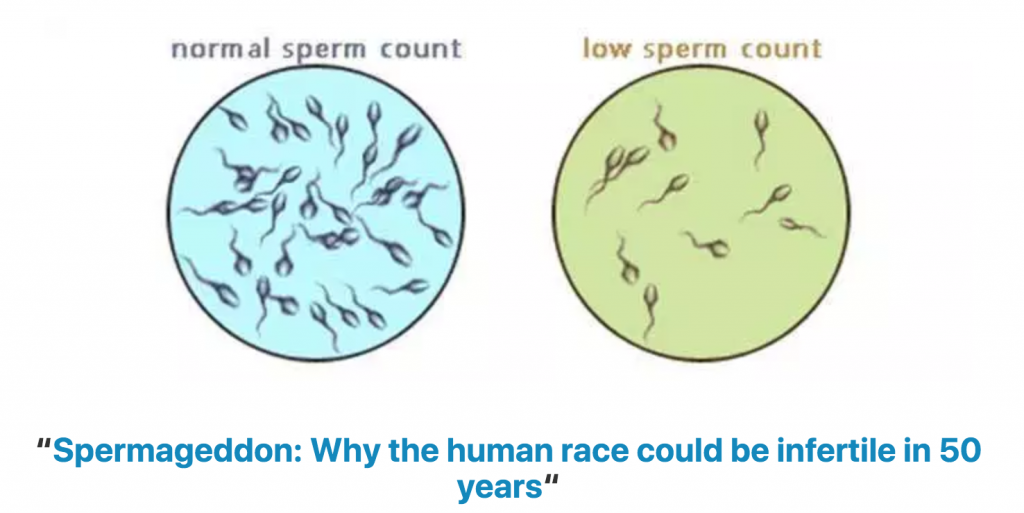 Did you know that ultrasound stops sperm production?

Did you know that two 15-minutes blasts of ultrasound to the adult male scrotum, and a minimum of six months infertility will ensue?

Did you know that if infertility is temporary, the quality of male sperm after exposure to ultrasound is in question since ultrasound causes genetic damage, including damage to germ cells?

Did you know that the medical establishment has known, for at least 60 years, that ultrasound interferes with human fertility on multiple levels?  Yet they’ve been exposing developing babies to this technology for decades and directing that ultrasound beam at the genitals of our children in order to discover the sex of the child.

Did you know that that the medical establishment is using ultrasound as a form of male contraception since it is so effective at putting an end to sperm production?

Did you know that the medical establishment is using ultrasound to create vasectomies since it is can literally “cook”  the vas deferens of adult men and thereby block the tubes that deliver sperm to the penis?

Did you know that several professionals are suggesting that we are approaching the extinction of the human race within the next 50-70 years because of what is happening to human fertility?

All of this information and more is covered in my book, “The Dark Side of Prenatal Ultrasound,” which will be released in paperback later this month. Pre-order your signed copy here and please pass this information on to others.  Parents have a right to know.  Our children need to be protected.

The article below is trying to distract people from the Truth.  It is exposure to non-ionizing radiation — in the form of ultrasound, cell phones, cordless phones, wifi, etc. —  that is driving the infertility epidemic.

We are going down the wrong path.  It is time to change gears or we are heading for extinction.

“Spermageddon: Why the human race could be infertile in 50 years“

“Stefan Chmelik, an integrated healthcare practitioner and the founder of Harley Street’s New Medicine Group, is quite clear in his predictions. ‘There are scant mainstream medical treatments for male fertility and, at current rates of sperm decline, the human race will be infertile in 50 years. I’m beginning to see IVF babies of IVF babies.’”

A recent meta-analysis by Levine and colleagues showing significant declines in sperm counts among men in the Western world caught considerable media attention. The Levine study followed a similar report in The BMJ 25 years ago. Should we be concerned? Is male reproductive health really at risk?

Meta-analyses have some inherent limitations. However, an important and often overlooked point about data on the quality of semen is that trend data should be interpreted with a holistic view of male reproductive health problems, including parallel trends in testicular germ cell cancer(TGCC). Incidence of this cancer has risen substantially over the past few decades, particularly in young men. Increases seem to be occurring even in countries that have had low incidence. …

What could be causing such disturbing trends? The short answer is that we do not know. However, data suggesting that the incidence of testicular cancer has more than doubled in recent decades leaves little doubt that we should look into environmental causes — including lifestyle effects. Alterations in our genome cannot explain the observations as changes have occurred over just a couple of generations.

Environmental exposures can come through food, water, skin, and work and home environments. Both wildlife research and experimental studies suggest that modern lifestyles are associated with increased exposure to various endocrine disrupting chemicals such as pesticides that together may be harmful to wildlife and humans even though exposure to individual chemicals is low. However, little has been done to explore their potential effects on semen quality and testicular cancer. In particular, studies of maternal exposures in pregnancy and the subsequent reproductive function of their sons are needed.

Should we be worried about our future ability to reproduce ourselves, as some media coverage has claimed? This inconvenient question makes sense when we look at what is going on in fertility clinics all over the world — more and more children are now born after in vitro fertilisation, intracytoplasmic sperm injection, and insemination with partner or donor sperm. …

Medical researchers cannot do it alone. We need health and research authorities that can see the urgent need for research in reproductive medicine, not just more infertility treatments, which are a short term solution for individuals not for the fertility of future generations. It’s even possible that the use of intracytoplasmic sperm injection to overcome poor semen quality may be producing new generations with poor reproductive health.

We have already waited too long. As New York Times columnist Nicholas Kristof recently wrote: “Our human future will only be as healthy as our sperm.”